This case study looked at the underlying causes of differences in the amount of care that people need. Are increased healthcare costs a consequence of certain physical and psychological characteristics or of personal and cognitive characteristics? Or is there another explanation found in previous research? In this project, one of the biggest challenges was linking data from the Netherlands Twin Register (NTR) to CBS data. The amount of genotype data was too large to be analyzed via CBS’s Remote Access facility. The researchers had their own mini cluster available in the ODISSEI Secure Supercomputer (OSSC), with two nodes (heavy computers in a cluster), with each 24 CPU cores and 64 GB random access memory. With this, they could carry out their analysis in parallel, as a result of which they were able to get their results considerably faster than would have been possible in CBS’s Remote Access environment.

The degree of genetic similarity between family members predicted more than a third of the differences between people in total healthcare costs and costs for mental health care, gp, pharmacy and hospital. On the other hand, similarities in measured genetic variants between unrelated people explained only 0 to 5 percent of the differences in these healthcare costs. By using genetics as a research tool, the researcher have obtained an initial idea of the overlap between healthcare costs and a number of other characteristics, such as mental health and socio-economic status, at the level of the measured DNA. However, with a sample of ~15,000 participants this pilot was too small to draw definitive conclusions on the size of these associations or to investigate whether there is a causal relationship. 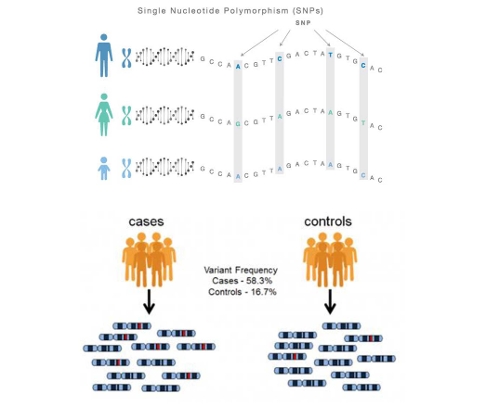